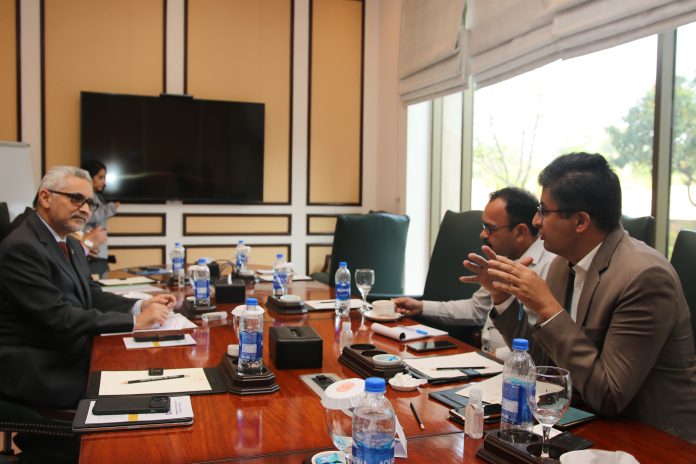 ISLAMABAD, Mar 24 (APP):Deputy Minister for Foreign Affairs, Asian Pacific and African Affairs of Indonesia, Abdul Kadir Jailani on Thursday said that the Organization of Islamic Cooperation (OIC) platform can play an effective role in economic integration as well as economic relations in the Islamic world.

The OIC also promotes political, diplomatic, cultural and economic co-operation among Islamic countries, bringing them closer together, he expressed these views during an exclusive interview with APP after attending OIC meeting here at Parliament House, Islamabad.
By increasing economic and trade cooperation, the Islamic countries of different regions of the world can provide major opportunities for mutual economic and investment.

He said that Pakistan and Indonesia are the two largest Islamic countries in terms of population with a combined population of 500 million, which is a potential market for economic and trade cooperation and could open new avenues for bilateral economic cooperation.
Bilateral trade volume between the two countries is $2.6 billion, which is likely to increase further in the near future, he said.

The Deputy Minister for Foreign Affairs said that both sides are working to enhance bilateral economic, trade, diplomatic, political and cultural cooperation, and new avenues of cooperation will open up in this regard in the future.

He said that Indonesia could provide Pakistan with opportunities for trade and economic activities in the Association of South East Asian Nations (ASEANs) market with a population of 750 million, which would enhance the growth of trade between the two countries.

Indonesia can be a gateway for Pakistan in ASEAN countries in this regard, he said.
The Deputy Foreign Minister said that ASEAN is currently an emerging economic bloc in the world economically and commercially with free trade and other agreements with various countries including China and Pacific Asia through which Pakistan can reap the benefits through Indonesia.

He said that Pakistan and Indonesia already have a preliminary agreement on the Preferential Trade Agreement (PTA), which has boosted bilateral trade in various sectors.

He said that after signing of the FTA ,bilateral trade and economic activities between both of the countries will be increased.
Answering a question about the current situation in Afghanistan and the role of the OIC, he said that in order to control the current situation in Afghanistan, the Islamic countries discussed the future course of action on Afghanistan in the OIC meeting and stressed upon on implementation of the decisions.

He said that in this regard, an economic package for Afghanistan’s economic and social stability has also been discussed and it has been decided to set up an ‘OIC Trust for Afghanistan.’

Abdul Kadir Jailani said that the OIC has also decided to appoint a special envoy to Afghanistan, who would keep the OIC member states informed of the situation in Afghanistan from time to time.

He said that Pakistan is a very beautiful country and it is rich in natural beauty as there are witnessed some beautiful views of nature .
For the promotion of tourism in Pakistan, he said Indonesia will cooperate in every possible way to promote the tourism sector in both of the countries.

He said that regular awareness was needed for the promotion of tourism in the two countries, for which people-to-people contacts on both sides would have to be enhanced.

Responding to another question, he said that the development of bilateral economic and trade relations is of utmost importance to strengthen the ties between Pakistan and Indonesia.

At the same time, he said that the exchange of business delegations between the two countries will provide an opportunity for both sides to understand each other, which will introduce new dimensions to the future of bilateral economic relations.
He said that cooperation between education institutions at both sides would also enhance the bilateral relations.

He said that Pakistan and Indonesia are large countries with youth population in which cooperation of both the countries is very important for providing education and skills to the young population.

He said that the world is now in a geo-economic mood and there is a need for economic diplomacy between Pakistan and Indonesia.
He said that there are various economic and political challenges in Islamic countries which need to be tackled.

Regarding the development of economic and trade relations between Pakistan and Indonesia, he said that he was very optimistic in this regard and it needed more attention in many sectors.