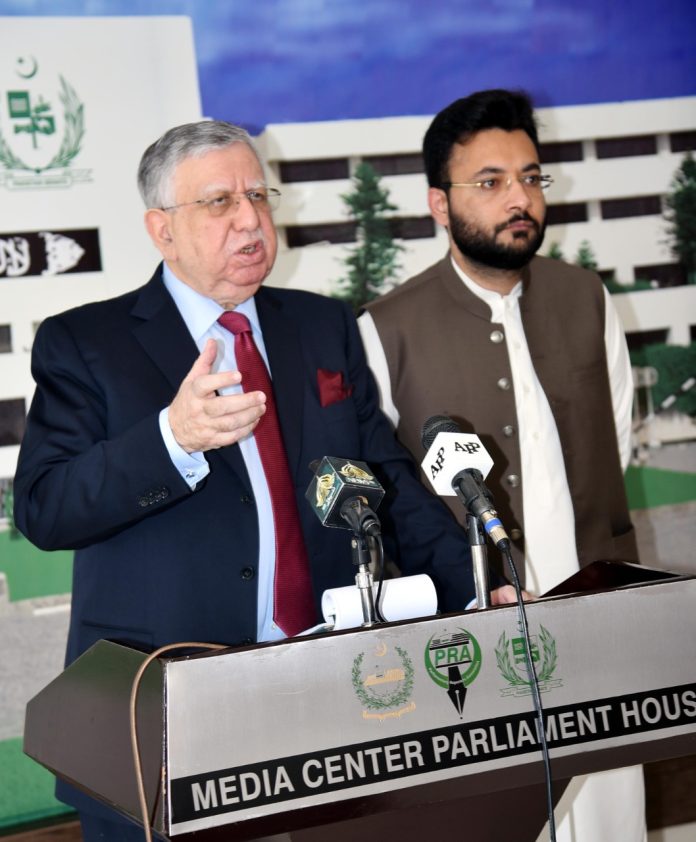 ISLAMABAD, Oct 1 (APP):Federal Minister for Finance and Revenue, Shaukat Tarin here on Friday reiterated that the government was absorbing impact of the decade’s highest price-hike at international level to provide relief to people through various measures including direct food subsidy to the poor.

Addressing a news conference, along with Minister of State for Information and Broadcasting, Farrukh Habib, the federal minister said that Covid-19 pandemic had triggered price hike all across the globe, adding that since Pakistan was importer of some essential commodities, hence it was impacted too. However, he added that the government did not pass on all this impact to people.

Talking about the hike in petrol price, the minister said that Pakistan was at 17th number among the countries providing the commodity at the lowest prices, adding that the majority of the other 16 countries having lowest prices than Pakistan were oil-producing countries.

He said that petrol prices in the country were even lower than regional countries, as it was being sold at Rs127 per liter in Pakistan whereas its price in India was Rs235 per liter and Rs195 per liter in Bangladesh.

He said that the government wanted to reduce prices as it had already slashed the petroleum development levy from Rs30 in 2018 to just Rs2.5 per liter.

He said, that the government had budgeted Rs600 billion from petroleum levy, which could be affected as the prime minister wanted to provide relief to people.

The minister said that it was very unfortunate that no proper attention was given towards agricultural sector for last three decades and resultantly, the country had become net importer of wheat, sugar, pulses and ghee and was directly affected by world inflation.

He said despite all this, the government had taken measures to provide relief to people, particularly poor. The government had to buy sugar at higher rates, but it would be available around Rs90 per kilogram likewise, ghee prices that witnessed around 80-90 percent hike in international market and was available at Rs350 in Pakistan, would come down to below Rs 300 per KG.

He said that the government would also provide direct food subsidy to 12.5 million families which constitute around 44 percent of total population. The subsidy would be provided on flour, sugar, ghee and pulses.

He said the government was also evolving a mechanism to minimize role of middle man, which he said was one of the major causes of inflation adding that the provinces have also been asked to reestablish provincial price administrators to control prices.

The minister said that the economy of the country was growing as the revenues have witnessed over 38 percent increase and exceeded the target by Rs186 billion.

This means economy was growing, he said and expected that it would grow by 5 percent during the current fiscal year and resultantly it would have trickledown effect.

He said that the major sectors of economy including agriculture, industry and services sector were witnessing growth.

In addition, the government was also providing loans upto Rs2 million at 2 percent interest loans for construction of houses whereas as health-cards were being provided to facilitate people.

He said that the prime minister was very concerned about the welfare of common people.

About debts, the minister said that the debt-to-GDP ratio came down by 4 percent last year, expecting that it would come further down during current year.

To a question, the minister said that the government would sincerely negotiate with International Monetary Fund (IMF). He said that we had promised to collect revenues of RS5.8 trillion and the collection numbers till date show that the target would be exceeded.

He said there were certain challenges faced in power sector, however added that enhancing tariff rates, as advised by the IMF, was not a solution to the issue, so we would like IMF to provide space in this matter. 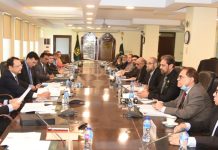 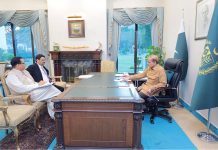 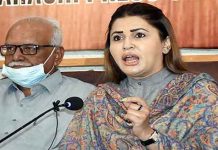 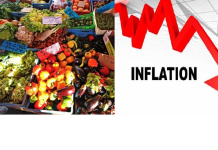 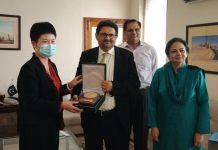