ISLAMABAD, Nov 29 (APP):The article published in a section of press titled ‘Panic over Forex Reserves’, gives the impression that apparently there is a state of emergency declared by Ministry of Finance and State Bank of Pakistan (SBP) due to the ongoing higher import bill.

It is clarified that Adviser to PM on Finance and Revenue conducts weekly meetings on prices, supply chain, commerce, FBR and energy related matters, said a press release issued here.

The purpose of these meetings is to keep the check on abnormalities if any arise. Not to forget, we are living in abnormal times where the aftershocks of Covid-19 keep on resurfacing.

Global supply chains have been completely rattled since then, as reflected in higher sea-freight charges as well as prices of food, industrial raw materials, agriculture inputs and energy.

These developments have pushed up the trade and current account deficit and warrant policy action to ensure that these deficits remain sustainable.

So far, we are not behind the curve and have taken a range of proactive monetary, fiscal and administrative actions that will help ensure sustainability.

It is important to note that similar kind of episodes of a widening current account deficit have been witnessed in the past, but due to political considerations, past governments had failed to execute timely policy response, resulting in a boom-bust cycle that ended with a mushrooming of the current account deficit and a depletion of the country’s FX reserves.

In addition to policy actions taken so far, the government will continue to carefully monitor evolving trends and stand ready to take further actions, as needed.
It is important to note that policy actions are based on incoming information and projections, which are updated dynamically. Pointing the finger towards a supposedly expansionary budget or loose monetary policy as being responsible for the rise in the trade deficit is misplaced.

We need to appreciate that since the outbreak of Covid-19, the Government’s policy response has been timely, which is why we have outperformed the world both in term of the relatively small contraction in growth during FY2020 and the vigorous rebound since. The prudent nature of the response is also reflected in the fact that Pakistan’s public debt-to-GDP ratio has actually fallen through the Covid shock, an outcome markedly different from almost any country in the world. At the same time, the country’s FX reserves buffers are much improved compared to the situation inherited by the Government.

Lastly, Government is confident of our current financial situation. The challenge of ensuring that growth remains sustainable is in many ways much easier than the challenge posed by Covid, which Pakistan has been navigating so skillfully. Apart from policy actions, we have generated the adequate buffers to strengthen our reserves including deposits from Saudi Arabia, debt market flows, multilateral borrowing and deferred oil payments.

Additionally, we strongly believe that our deficit will be curtailed in 2H due to tapering off in imports as a result of the actions taken so far, higher exports and peaking out of global commodity prices.

No compromise on merit in Punjab Games trials: DG SBP 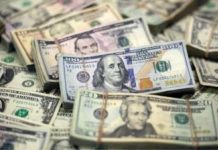 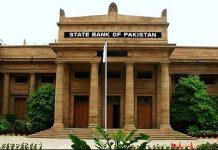 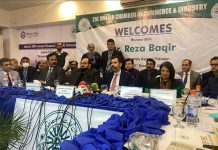 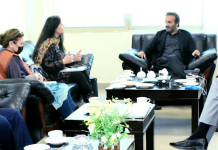 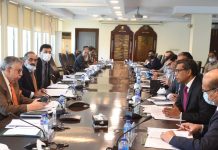