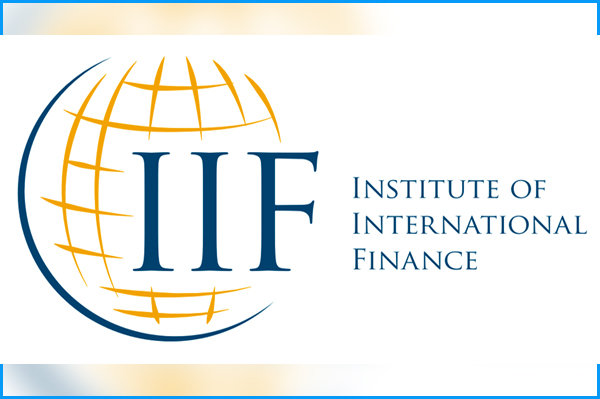 ISLAMABAD, Aug 28 (APP): The Institute of International Finance has said that the exchange rate flexibility in Pakistan was helping the country to reduce external vulnerability.

The Washington based global association of financial industry IIF in its report “Pakistan: Commitment to Reform Faces a Test” said Pakistan’s exchange rate was market-determined and had depreciated by 22 pc in real effective terms since 2017.

The external position is strengthening. The effects of currency depreciation and weaker domestic demand are visible, as imports dropped by 18 pc in nominal dollar terms, more than offsetting the decline in exports of 7 pc, in FY 2020 (July 2019 to June 2020), the report added.

According to the forecasts by IIF, the economy could grow by 1.8 pc in FY2020/21 driven by some recovery in private consumption. However, risks to the economic outlook are tilted to the downside, amid uncertainty regarding the magnitude and duration of the pandemic.

Adjusted for population, fewer cases and deaths of COVID-19 have been recorded in Pakistan than in other developing and emerging economies.
These results are subject to a large degree of uncertainty, as data quality, testing capacity, and transparency vary. While the rate of new cases has recently declined, the pandemic still puts considerable stress on Pakistan’s public health system, it added.

As of mid-August, lockdown restrictions had been lifted across the country. The response measures have been adequate, supported by the IMF’s emergency financing in the amount of $1.4 billion, provided in April 2020.

Expansion of social programs has rightly focused on tackling the health emergency and supporting the most vulnerable, while stimulating economic activity.

The policy rate has been lowered 5 times since February, a cumulative reduction of 625 bps. The authorities have also introduced a fiscal stimulus package in the amount of $5.1 billion (1.9% of GDP), which included direct transfers to wage workers and poor families, financial support to SMEs and the agricultural sector, higher subsidies for basic goods, and various tax incentives.

One-third of this amount has been implemented already, and the remaining $3.4 billion will be used in the current FY 2020-21 budget.

“We expect the policy rate to remain the same in the next Monitory Policy Committee meeting, thus dampening inflationary expectations.”

Workers’ remittances, which slightly exceeded exports of goods, continued their increase, supported by a more depreciated exchange rate and appropriate policy steps implemented by the authorities, including reducing the threshold for eligible transactions from $200 to $100 under the Reimbursement of Telegraphic Transfer (TT) Charges Scheme, an increased use of digital channels, and targeted marketing campaigns to promote usage of formal channels.

The decline in the trade deficit combined with higher remittances narrowed the current account deficit from 4.8 pc of GDP in FY 2019 to 1.1 pc in FY 2020.

Net capital flows have more than offset the current account deficit, leading to a substantial increase in official reserves (excluding gold) to the equivalent of 2.8 months of import coverage.

While the current account deficit may widen slightly to 1.6 pc of GDP due to some recovery in imports and slightly lower remittances in FY2021, the increase in net capital inflows would lead to a further rise in official reserves.

Large fiscal deficit, on the back of low tax revenue mobilization, and high public indebtedness remain major challenges. Resistance to tax reforms and cost-recovery in the energy sector from entrenched elites could undermine the fiscal consolidation strategy and put public debt sustainability at risk.

The completion of the second Extended Fund Facility (EFF) review has been delayed pending implementation of key reforms. The narrowing of the deficit in FY 2020(ending June 2020) to 8.1 pc of GDP was largely due to one-off factors, including the jump in profit transfers from SBP to the budget, which bolstered non-tax revenue.

Spending increased by 15.6 pc due to sharp increases in interest payments on debt and social transfers. The budget for the FY 2021 envisages cuts in subsidies, freezing salaries and pensions, and increases in petroleum levies.

However, rising defense spending, higher interest payments (6.3 pc of GDP), and rollover of fiscal stimulus from FY 2020 could widen the deficit to 8.7 pc of GDP, compared with a budgeted deficit of 7 pc, which is based on growth of 2.1 pc.

Public debt could rise to 86 pc of GDP by June 2021, compared with 70 pc in 2018. The external funding picture warrants caution as debt amortization remains high in years to come.

However, improvement in the current account, rollover of short-term debt, and Debt Service Suspension Initiative (DSSI) have eased Pakistan’s external financing needs and shored up its official reserves, which could increase further to $15.4 billion (excluding gold) by June 2021 (3.3 months of imports of goods and services).

The DSSI provided debt-service suspension to help Pakistan and other low-income countries to concentrate adequate resources on fighting the COVID-19 pandemic. 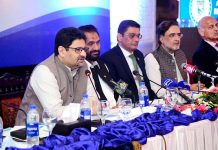