ISLAMABAD, Jan 14 (APP): President Federation of Pakistan Chamber of Commerce and Industry (FPCCI), Irfan Iqbal  Sheikh on Friday said the country’s industrial sector has to be brought in line with the global competitive trading trends to increase production and exports.

“Our major export sector needs to increase production of commercial goods in line with global competitive markets, which is

possible only through the latest technology, innovation and research and development, ” President FPCCI said this while talking to APP.

He said that the acquisition of new potential markets for trade diversification, through modern tools, was essential to increase the country’s exports.

He said that Pakistan had a lot of potential in the field of Information Technology and in this sector, “we can increase our annual exports up to US$ 5 billion, while our current IT exports are hovering around US$2.5 billion.”

President FPCCI said that India was exporting up to $110 billion in the same sector and thus our exports should increase upto $ 25 billion. “We have to connect with Silicon Valley,” he said.

He said that the country’s software houses would have to set up their liaison offices in California so that they could lobby for this and become part of the global trade in information technology and increase domestic exports.

Irfan Iqbal said that acquisition of new markets, geographical, regional and trade diversification was essential to take exports to the top.

At present, 65 percent of Pakistan trade is with only 10 countries in which trade volume with regional and friendly countries was very nominal, he said.

He said that at present the country needed to pay more attention to the agriculture sector, in which the use of modern technology and tools in the agricultural sector can increase the yield per acre.

At present “we need to increase our yield per acre in all major crops including cotton, rice, wheat and maize” he said.

He said that at present, getting good seeds and setting up crop patterns in agriculture was a big challenge and Maize and sugarcane were now replacing cotton, which has affected the major cotton production.

President FPCCI said that without value addition in the agriculture sector and development of agro-industries, “we would not be able to develop our economy better.”

He said that the country’s market potential in Gems and Jewelry has a potential of $30 billion but there were inadequate facilities due to which exports in this sector are low.

He said that country’s Northern Areas, Balochistan and Khyber Pakhtunkhwa were rich in these precious stones, which are in need of modern machinery for valuation and the government  should provide timely assistance in this regard.

He said that at present “we need to work on alternative energy, which is providing better opportunities for energy production in the country.”

“Right now “we need to go to Hydel and the current government is doing a lot of work in this area,” he said.

The Diamer Bhasha Dam, Neelam and Jhelum, Dasu Hydel projects are the best projects of the present government.

He informed that once these projects are completed, the industrial sector would be in a position to compete with the regional economy in cost of business and country’ exports would increase.

The President FPCCI said that the tourism sector has a potential of billions of dollars at present which could strengthen the country’s economy.

At the same time, he reiterated his commitment to set up a research wing in the Federation Chamber of Commerce, which would make recommendations to the government on how to improve the economy, and provide government proposals in the coming budget 2022-23.

In this regard, a research wing would be set up in the Federation Chamber and Commerce with PhD doctors and technocrats.

The President FPCCI said that ‘Hilal Food’ currently has a market of 1.2 trillion in the world in which Pakistan’s trade is only .6 billion. 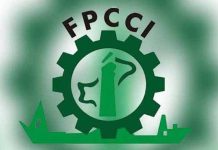 Bilateral trade with Turkiye surpasses $ 1b in 11 months: FPCCI 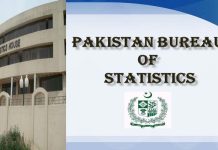 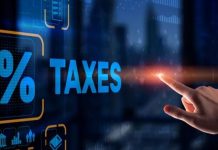 Ex. FPCCI official calls for payment of taxes with honesty 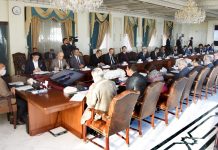 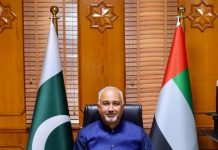 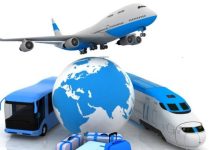