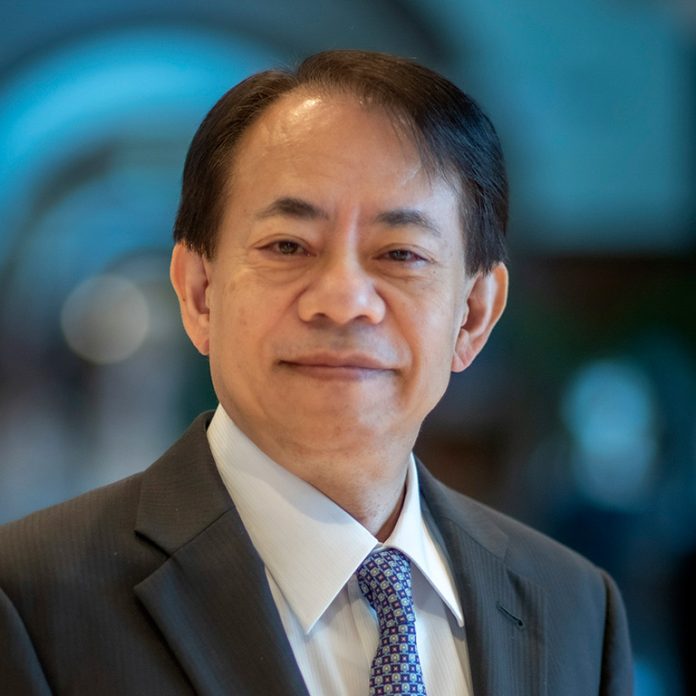 Expressing sorrow over the unprecedented losses during the recent flooding in Pakistan in a virtual press conference, the ADB President said the Bank had already approved a $3 million grant to support the Government of Pakistan’s emergency relief efforts amid widespread floods across the country.

He said ADB knew the suffering of Pakistani people and was committed to help Pakistan overcome the devastating impact of this natural disaster and provide immediate relief to affected families.

Responding to a question about Pakistan’s recent flooding and climate issues in the press conference held virtually on the occasion of 55th ADB annual meetings, the President said Developing Asia will require US$1.7 trillion per year to support climate resilient infrastructure and to meet the infrastructure needs.

He said ADB was providing unprecedented support of $100 billion to deliver climate financing to its developing member countries from 2019 to 2030.

“To reach this $100 billion ambition we are exploring the opportunities for investments in climate change mitigation, scaling up adaptation project that focus on resilience and increasing climate financing”.

He said the ADB ‘s ambition was also to provide at least $34 billion out of $100 billion on climate adaptation financing by 2030.
He said the grant, financed from the?Asia Pacific Disaster Response Fund (APDRF), will help fund the immediate purchase of food supplies, tents, and other relief goods to support flood victims across the country.

Meanwhile the ADB also announced plans to provide at least $14 billion over 2022–2025 in a comprehensive program of support to ease a worsening food crisis in Asia and the Pacific, and improve long-term food security by strengthening food systems against the impacts of climate change and biodiversity loss.

The assistance expands ADB’s already significant support for food security in the region, where nearly 1.1 billion people lack healthy diets due to poverty and food prices which have soared to record highs this year.

The funding will be channeled through existing and new projects in sectors including farm inputs, food production and distribution, social protection, irrigation, and water resources management, as well as projects leveraging nature-based solutions. ADB will continue to invest in other activities which contribute to food security such as energy transition, transport, access to rural finance, environmental management, health, and education.

“This is a timely and urgently needed response to a crisis that is leaving too many poor families in Asia hungry and in deeper poverty,” said ADB President Masatsugu Asakawa, in remarks at ADB’s 55th Annual Meeting. “We need to act now, before the impacts of climate change worsen and further erode the region’s hard-won development gains. Our support will be targeted, integrated, and impactful to help vulnerable people, particularly vulnerable women, in the near-term, while bolstering food systems to reduce the impact of emerging and future food security risks.”

Asia and the Pacific is vulnerable to food shocks, as some of its countries depend on imported staples and fertilizer. Even before the invasion of Ukraine, nutritious food was unaffordable for significant portions of the population in many ADB low-income member countries.

As well as supporting vulnerable people, ADB’s food security assistance will promote open trade, improve smallholder farm production and livelihoods, ease shortages of fertilizer and promote its efficient use or organic alternatives, support investments in food production and distribution, enhance nutrition, and boost climate resilience through integrated and nature-based solutions. A key focus will be to protect the region’s natural environment from climate change impacts and biodiversity loss, which have degraded soils, freshwater, and marine ecosystems.

“An important part of our long-term approach is to safeguard natural resources and support farmers and agribusinesses which produce and distribute much of the region’s food, and to promote open trade to ensure it reaches consumers efficiently,” said Mr. Asakawa.