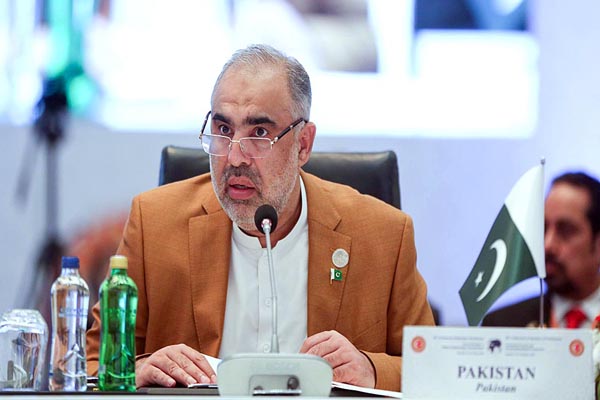 ISLAMABAD, Oct 12 (APP):Speaker National Assembly Asad Qaiser has called on the international community to address the prevailing grave human rights and humanitarian situation in the Indian Occupied Jammu & Kashmir (IOJ&K) besides upholding the inalienable right to self-determination of the Kashmiris.

The speaker was speaking at the Third Conference of the Speakers of the Parliaments on Countering Terrorism and Strengthening Regional Connectivity, which was held at Istanbul, according to a message received here from Istanbul on Saturday.

The conference was also attended by the Speakers of the Parliaments of Turkey, Afghanistan, and Russia, as well as Vice Speaker of Chinese National People’s Congress.

The Speakers’ Conference is a platform conceived and established by the Parliament of Pakistan, with its inaugural meeting held in Islamabad in 2017.

Addressing the opening and closing sessions of the Conference, he highlighted the worsening situation in the Indian Occupied Jammu and Kashmir.

He emphasized that the unilateral and illegal actions of India of 5 August 2019, and the subsequent imposition of virtual blockade of over 8 million Kashmiris, posed a grave risk for the regional peace and security.

The speaker reiterated that being one of the biggest victims of terrorism, Pakistan was determined to root out the menace. Pakistan had rendered numerous sacrifices in the fight against terrorism and had successfully turned the tide against it.

Terming connectivity as one of the foundation stones of the regional peace and prosperity, the speaker highlighted the progress being made by Pakistan under the flagship China-Pakistan Economic Corridor (CPEC) project.