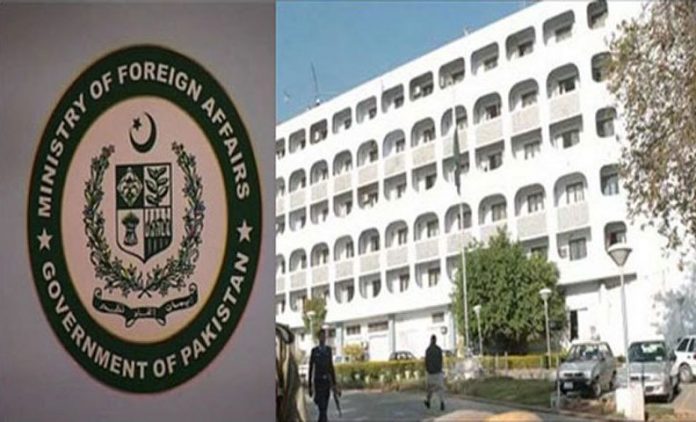 ISLAMABAD, Oct 12 (APP):The Ministry of Foreign Affairs Thursday rejected the insinuations contained in the statement by the Afghan Foreign Ministry regarding a market in Peshawar which, the spokesman said had presented a distorted and misleading account of the issue and related events.

In a statement, the Foreign Office spokesman said that the market issue was between a private citizen and a purported bank from Afghanistan. The case was decided in favour of the private citizen in 1998.

The recent enforcement action by the local administration occurred after legal remedies were exhausted by the Afghan party to this legal dispute.

“We reject any comments casting aspersions on the judicial process in Pakistan,” he remarked.