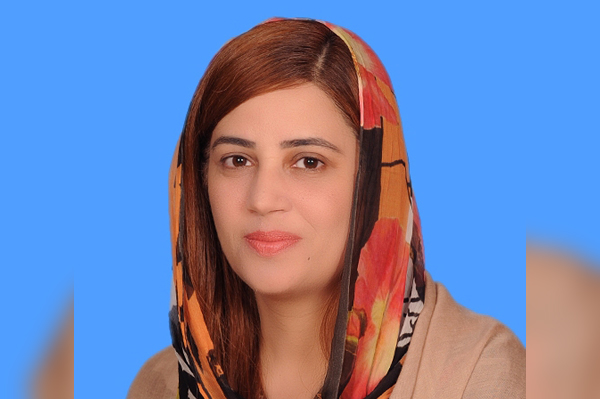 ISLAMABAD, Apr 19 (APP):Minister of State for Climate Change Zartaj Gul on Friday said that there was a need to promote artistic work of local artisans to represent actual art work of the country around the world.

“They are our identity and they should promote them so that they could continue practicing the centuries’ old traditions inherited by them from their forefathers”.
The minister said this while addressing the opening ceremony of three-day National exhibition of Textiles at Lok Virsa Museum.

“We should not hide our culture before any one and should be represented without any hesitation.” No country can get progress until its people feel proud of their culture and heritage, she said.

She appreciated the efforts of executive director Lok Virsa for her efforts to empower the local craft men through arranging such exhibitions as well as keeping the students of different colleges and universities well aware of country’s rich heritage.

Paying tribute to the great philosopher and national poet Dr Allama Muhammad Iqbal coinciding with his forthcoming death anniversary, she stressed the need for understanding his philosophy on humanity irrespective of colour, creed and cast.

She said wearing national dress in UN General Assembly session, Prime Minister Imran Khan proved that he truly promoted the country’s culture.
She said that PM Imran Khan was taking strong decisions in the national interest of the country as he wants to make true progress in the country.

“No matter what kind of dress you wear and what language you speak, national language should be our first priority,” she said.

Executive Director Lok Virsa Shahira Shahid said that the objective of the festival was to reinforce and strengthen national integration by promoting the cultural heritage of Pakistan through active participation of all provinces including Gilgit-Baltistan and Azad Jammu and Kashmir.

This festival was organized to inform the people of Pakistan about country’s rich culture and supporting the craftsmen, so that they could sell their products to public and visiting foreign delegates without any exploitation by the middlemen, she concluded.