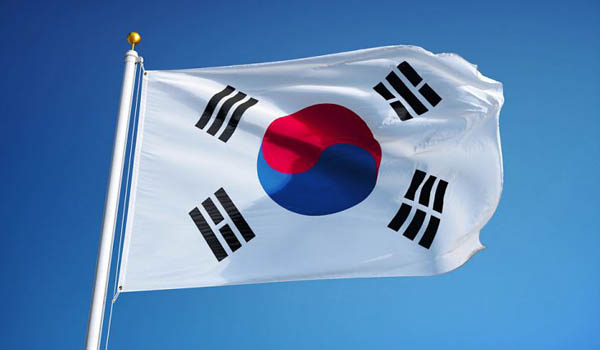 ISLAMABAD, Feb 15 (APP):Ambassador of South Korea to Pakistan Mr. Kwak Sung-Kyu, in a ceremony held here Friday, handed over state-of-the-art conservation equipments worth US$ 50,000 to Department of Archeology and Museums (DoAM) for treating and preserving the Pakistan’s moveable heritage.
The ceremony was held at Islamabad Museum and attended by Counselor, Embassy of Korea, KO Young Kun, Federal Secretary, National History and Literary Heritage (NH&LH) Division, Engineer Aamir Hasan, Joint Secretary, Director General DoAM, Syed Junaid Akhlaq, prominent archeologist, Dr. Muhammad Ashraf Khan and other officials.
Speaking on the occasion, Mr. Kwak Sung Kyu said Pakistan and South Korea have been enjoying warm cultural relations which are deep rooted in history. Especially common heritage of Buddhism is of particular importance for further cementing cultural and religious ties between the two countries.
He said the Korean government and its embassy in Pakistan are committed to strengthen relations with Pakistan for preservation of cultural heritage and promote tourism in Pakistan.
The ambassador said as a part of cooperative efforts, the Korean government has provided the conservation equipments to DoAM for preserving the moveable antiquities especially specimen of the Buddhist art uncovered from the archeological remains of Buddhist sanctuaries in the ancient Gandhara region.
The equipment included environmental control system for museum, devices for cleaning and conservation of antiquities including conservation consumables, stereo-microscope, ultrasonic cleaner etc.
He hoped the equipment will surely prove as instrumental in promoting country’s capacity to conserve its cultural heritage to the international level.
The project has been administered jointly by the Cultural Heritage Administration (CHA) of the Republic of Korea, Korea Cultural Heritage Foundation (KCHF) and the DoAM, Islamabad.
The ambassador also re-emphasized the importance of promoting cultural ties between the two friendly countries and reviewed the co-projects completed in the last two years.
Mentioning the new initiatives for this year, he said he is working to arrange a pilot Korean Buddhists pilgrim tour to the Buddhist sacred places in Gandhara, Khyber Pakhtunkhwa by March or April this year.
This project will be followed by two other projects including one project for capacity building of treating historical artifacts and another programme of inviting the historical and archeological officials and academia, preferably form the museums having collection of the Buddhist Art of Gandhara, to Korea soon.
Speaking on the occasion, Federal Secretary, NH&LH Division, Engineer Aamir Hasan thanked the Korean Ambassador for donating this much needed conservation equipments to Pakistan which will be helpful in preservation of moveable heritage.
He said after 18th amendment of the constitution, the role of DoAM was restricted to federal capital but now national museum of the country in Karachi is also being handed over to DoAM as per Supreme Court’s decision which is a welcoming step.
He announced to set up a conservation laboratory for moveable cultural assets on the basis of the equipments provided by Korea which will also help boost archeological research- the most neglected area.
The ambassador also took round of the museum and shown keen interest in the antiquities displayed there.He was briefed by the archeologists and officials of museum about the significance of the artifacts in detail.
At the end, Korean Ambassador formally handed over the conservation equipments to Engineer `Aamir Hasan.