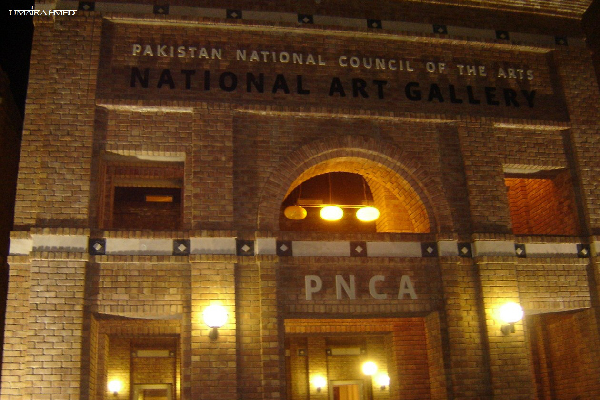 ISLAMABAD, Jan 1 (APP):Pakistan National Council of the Arts (PNCA) arranged over 100 programs to celebrate the diversity of cultural heritage being practiced in Pakistan as well as in different parts of the world.

From cultural shows, art exhibitions, craft shows and celebrations of international and national days to festivals, training workshops, youth activities, drama and film screenings, all programmes of PNCA focused on educating masses about the understanding of cultural values and providing quality entertainment to the people.
Puppet shows by National Puppet Theater remained the regular feature of PNCA’s activities as it was arranged almost every Saturday throughout the year in which the puppeteers presented colorful songs, tableaus, skits through movement of puppets. These shows raised social issues including health, education and environmental problems for the children from various educational institutions of twin cities of Rawalpindi and Islamabad.
Baithak, a series of musical evenings was also a regular part of cultural activities in which established musicians, Qawwals, singers and instrumentalists were provided with a platform of national level to recognize their lifetime achievements in the field of music.
Besides engaging general public in colorful activities through cultural shows and tribute shows, exhibitions of visual art, cultural competitions, workshops of unique arts, summer art classes and performing art shows for visiting dignitaries throughout the year, the biggest events of the year were National Artists convention, CPEC Cultural Caravan and Panja Shikanja stage play.
National Artists Convention and the CPEC Cultural Caravan focused on the launch of framework for action to promote various fields of art and culture and cultural collaboration between China and Pakistan. Under this project, film studios would be set up while 80% rebate would also be given for construction of cinemas.
Talking to APP, an official of PNCA said the PNCA serve the masses as an academy of various art forms where the people of every age can have informative entertainment as well as get a taste of the skills introduced by the masters in different fields.
The cultural and art activities can play a role to keep people positive and relax through their soft expressions and create an ambiance which is soothing and relaxing for people of every age. Cultural activities are a way to portray soft image of the country across the world and eradicate terrorism and extremism.