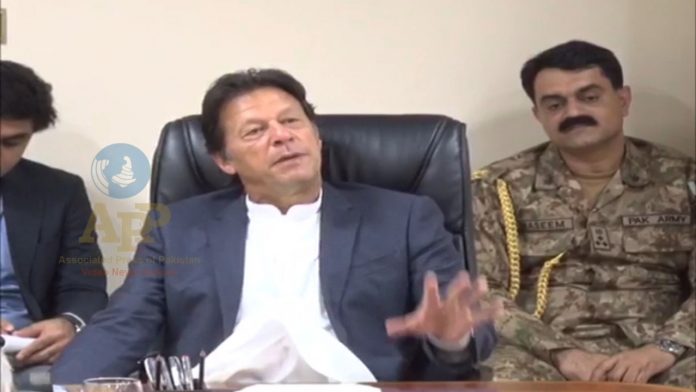 ISLAMABAD, Apr 18 (APP):Prime Minister Imran Khan on Thursday directed the Ministry of Power to make special arrangements for ensuring uninterrupted supply of electricity during the holy month of Ramadan, especially at Sehr and Iftar timings.
He was chairing a high level meeting here on the matters relating to energy. The meeting was attended by Minister for Power Umar Ayub Khan, Minister for Information and Broadcasting Chaudhry Fawad Hussain, Minister for Planning Makhdoom Khusro Bakhtiar, Secretary Power Irfan Ali, Chairman Task Force for Energy Nadeem Babar, Dr. Faiz Ahmad Chaudhry and other senior officers.
The prime minister said the previous rulers had pushed the country and the nation towards debt trap just for the sake of their political interests.
Installation of expensive power producing units in the country on foreign loans, while neglecting the transmission and distribution sector was a criminal mistake, and the ones who did it were national culprits, he added.
The prime minister directed the Ministry of Power to have special focus on introducing modern technology in transmission and distribution sector so that the problems of transmission and distribution system could be addressed.
While reviewing the challenges faced by the country’s power sector, especially the issue of circular debt, the prime minister was told that circular debt registered an increase of Rs 450 billion during the fiscal year 2017-18 alone.
The meeting was told that the basic reason of this increase was the then government’s political decision under which the ministry was directed to continue uninterrupted supply of electricity even to the areas with 100% pilferage.
Maximum increase in circular debt was pushed by the expensive power production at one hand and the pilferage and non-payment of bills on the other, it was further told.
The prime minister was told that during said period 41% of electricity was being produced on the expensive imported oil. The increase in petroleum products in the international market further pushed the production costs.
The meeting was told that though the production of private power producing units generally faced a periodic decrease, yet the previous governments totally neglected this important aspect, as a result of which the government had to make payments to the power producers, which was many times high than their original production cost.
The prime minister was further told that while establishing additional power producing units in the country in the past, the aspect of transmission and distribution of power from those units was also neglected altogether, due to which 3000 to 7000 mega watts out of the total current power production capacity could not be utilized.
The meeting also reviewed the data of current electricity requirements as well as the demand and supply of power till the year 2025.