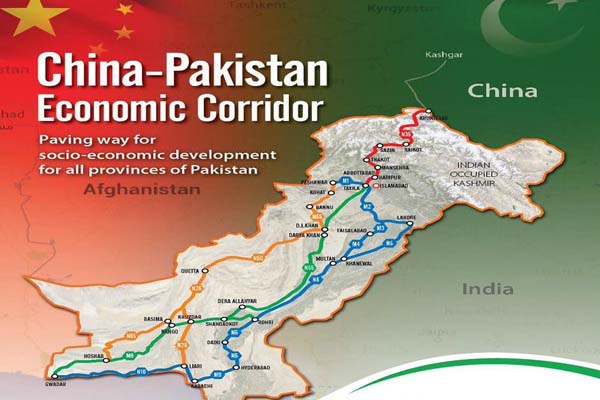 ISLAMABAD, Oct 24 (APP): Construction of Western Route of the China-Pakistan Economic Corridor (CPEC) is included among the priorities of the government.
An official of National Highway Authority (NHA) told APP on Monday that construction of Hakla-D.I.Khan has begun.
Prime Minister Muhammad Nawaz Sharif performed the ground breaking of Hakla-Dera Ismail Khan Motorway.
This project,he said, is an important part of Western Route of CPEC.
He said that the 285 km-long Hakla-D.I.Khan Motorway will be completed within two years at a cost of more than Rs 142 billion.
He said that the project alignment started at Hakla, near Tarnol interchange on M-1 and passed through Fateh Jhang, Mianwali,Kundal and ends at Yarak at Indus Highway (N-55).
He said that the alignment of motorway passed through developing areas and its construction will generate new employment opportunities.
The NHA official said that ground breaking of the up-gradation of Zhob-Mughalkot section was performed by Prime Minister Nawaz Sharif in December 2015.
He said that up-gradation of Zhob-Quetta highway had also been
realized and work on Sorab-Hoshab section was in progress.
He said 193 Km Hoshab -Turbat-Gwadar portion had been completed and rehabilitation of D.I.Khan-Mughalkot section of N-50 would be completed by 2018.
Moreover, he said that dualization of 531 km D.I.Khan to Kuchlak section of N-50 would be operational by 2020.
About dualization of 211 km Quetta-Kalat-Surab section, he said
that the project was planned to be completed by 2020.
The objective of the CPEC was to promote trade ties with neighbouring countries including Central Asian States and South Asian countries, which would ultimately prepare the make Pakistan a trade hub in this whole
region, he added.