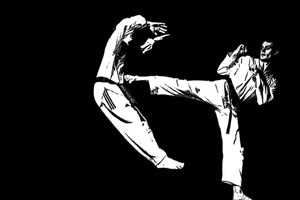 ISLAMABAD, May 5 (APP): Over 400 athletes and officials related to the
game of Taekwondo will be heading towards Karachi from across the country on Friday to participate in the National Taekwondo Championship 2016, which will begin with an impressive ceremony on Saturday.
President Pakistan Taekwondo Federation (PTF) Col. (Retd) Wasim Ahmed stated on Thursday that Council General of Korean Consulate, Karachi will be the chief guest of the opening ceremony.
The joyous celebrations of event will feature athletes from Punjab,
KPK, Sindh, Balochistan, Gilgit-Baltistan, FATA, Islamabad, Pakistan Army, Pakistan Navy, Pakistan Air Force, Railway, Police, Wapda and Higher Education Commission.

PCB COO announced contribution of Rs. half a million to welfare funds