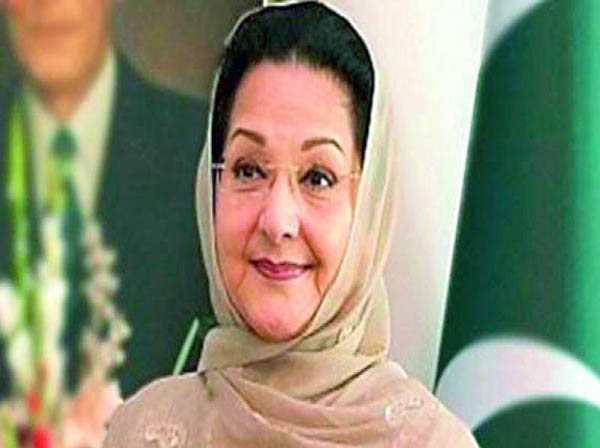 ISLAMABAD, Sep 11 (APP):Begum Kulsoom Nawaz, the wife of former prime minister, Muhammed Nawaz Sharif Tuesday passed away in London’s Harley Street Clinic after prolonged illness. According to a private news channel, Begum Kulsoom was under treatment at London’s Harley Street Clinic since June 2014.
She was placed on life support earlier today as her health deteriorated last night.
Sources at the clinic said she had developed a lungs problem again.“She had been responding well without the ventilator until last night,” the sources said.
Begum Kulsoom was diagnosed with lymphoma (throat) cancer in August 2017.
The former first lady was born in 1950. She married former premier Nawaz Sharif in April 1971.