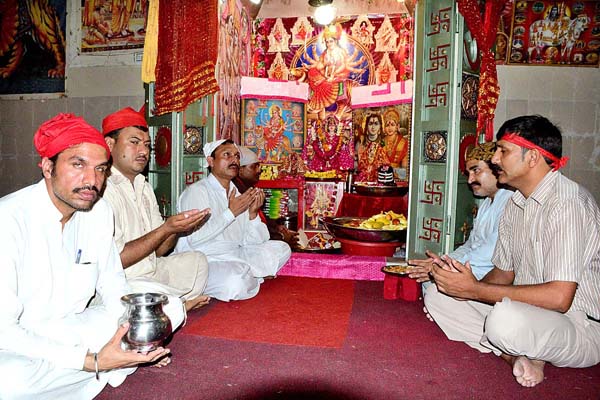 The special prayers was led by Pujari of Mandir Jai Ram.
Addressing the Hindu community, Jag Mohan Kumar Arora said Hindu Community was worried about the health of Prime Minister of Pakistan like other citizens.

He said Hindu community had prayed to the almighty to grant PM speedy recovery.

He admire the policies of Prime Minister and said that Muhammad Nawaz Sharif was the leader, who practically proved his sincerity for the welfare of the Non Muslim.

Arora quoted the speech of the Prime Minister delivered on occasion of Dewali in Karachi last year and some positive step taken by his government for the welfare of a Non Muslim citizen.

Arora urged them to continue praying for the better health of PM in daily Pooja at the homes.

Pujari Jai Ram spoke some Holy Shalok and prayed for the
dignity, prosperity and peace in Pakistan.