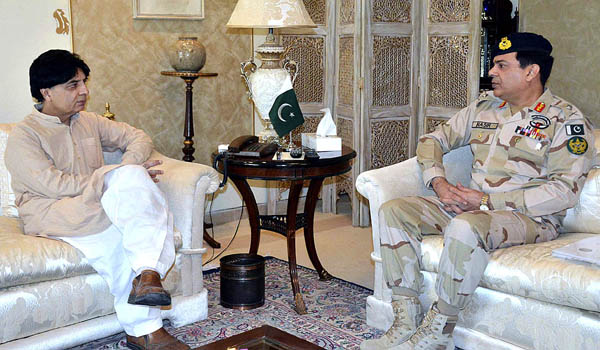 The Minister said acknowledgement and appreciation, at regional as well as international level, of ANF as a leading counter drug Agency is a matter of satisfaction.

He was talking to Director General, ANF, Maj. Gen. Nasir
Dilawar Shah, who called on him here and presented a report on mid year performance of the Force.

The Minister was informed that ANF seized narcotics worth Rs 3.985 billion in six months, a statement issued here said.

During this period 3.55 Tons of Precursors (chemical used in preparation of drugs) were also seized while 426 cases were registered and 506 drug criminals arrested which included 57 cases at airports and 11 cases of parcel consignments destined abroad.

The Minister was also informed that a special Anti Drug Drive was launched in April 2016, focusing on educational institutions at Islamabad and all provincial Capitals which helped the Agency to seize drugs priced worth of Rs. 1.17 billion in international market.

The investigations also concluded in freezing of property
(property withheld) worth Rs. 301.55 Million as well as realization
of property (Property auctioned) worth Rs. 6.95 Million.

The Minister was apprised that ANF was also in process
of upgrading drug treatment facilities, for which 45 bedded
Treatment Center at Rawalpindi has already been renovated, while 55
bedded Treatment Centre at Karachi is undergoing expansion with
addition of female and children wards.

The ANF is also constructing a 100 bedded Treatment Center
at Peshawar which will be operationalized by end of this year.
The Minister directed ANF to ensure timely completion of
treatment centre at Peshawar.