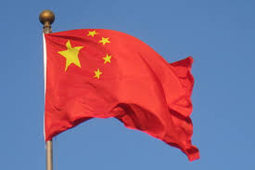 BEIJING, March 26 (APP):A Chinese foreign ministry’s spokesperson on Tuesday said the Chinese side opposed US President Donald Trump’s move of formally recognizing Golan Heights as Israeli territory and opposed the change of facts through unilateral acts.
“The international community recognizes that the Golan Heights is an occupied territory,” Geng Shuang said during his routine briefing.
The spokesperson said the UN Security Council had repeatedly passed resolutions calling for Israel to withdraw from the Golan Heights.
“China opposes the change of facts through unilateral acts and does not want to see further escalation of tensions in the regional situation,” he added.
On Monday, US President Donald Trump signed a proclamation recognizing Israeli sovereignty over the strategic territory it seized from Syria in the Six-Day War of 1967 and later annexed in a move never recognized by the international community.
The UN Security Council and successive US administration have always regarded the Golan as an occupied territory whose return would be negotiated as part of a comprehensive peace deal between Israel and Syria.