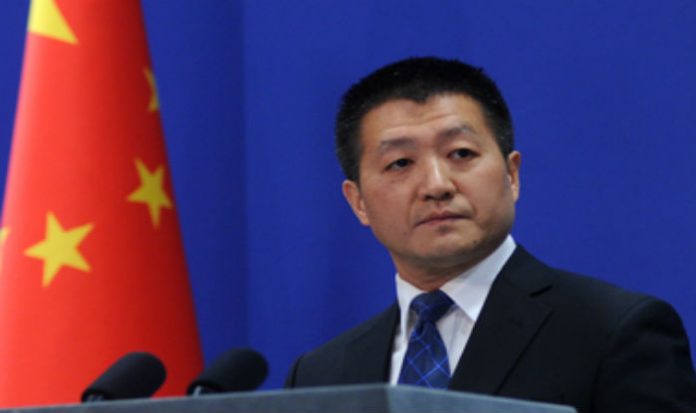 ISLAMABAD, Mar 14 (APP):A Chinese Foreign Ministry’s spokesperson Thursday said that Kashmir was an issue left over from history between India and Pakistan and hoped that the two countries would engage in friendly dialogue and consultation to resolve this and other outstanding issues.

“China’s position on Kashmir issue is clear and consistent. This is an issue left over from history between India and Pakistan. We hope that the two sides will engage in friendly dialogue and consultations and resolve this and other relating issues,” Lu Kang said during his routine briefing while responding to a question asked by APP.

The spokesperson was asked to comment that the youngster who carried out Pulwama attack was born and raised in Indian Occupied Kashmir and was subjected to torture and detention by Indian troops, deployed in Occupied Kashmir which was a disputed territory and the people were fighting for their right to the self-determination, granted by the United Nations Security Council’s Resolutions.

To a question, he said that China put a technical hold on the UN Security Council’s 1267 Committee on Wednesday to properly handle the listing issue, adding the committee had clear standards and procedures on the issue.

He explained that China conducted a thorough and in-depth assessment of the application moved by France, UK, and the US and added, “We still need more time so that we put a technical hold and this is in line with the new rules of the committee.”

The spokesperson remarked that China sincerely hoped that relevant actions taken by this committee, would help relevant countries to engage in dialogue and consultation to resolve this problem and prevent adding more complicated factors into regional peace and stability.

“China will continue to adopt a constructive and responsible attitude and communicate and coordinate with all sides to properly handle this issue,” he added.

When asked that there were expectations in India from China, particularly after a meeting between President Xi and PM Modi in Wuhan last year, he said that China with full sincerity, was ready to work with India to move on the consensus of the two leaders for great progress in bilateral relations.

He, however, repeated his earlier position that only a solution that was acceptable to all sides, could fundamentally provide a chance for a lasting solution of the issue.

“China is ready to communicate and coordinate with all sides including India to properly handle this issue,” he said.