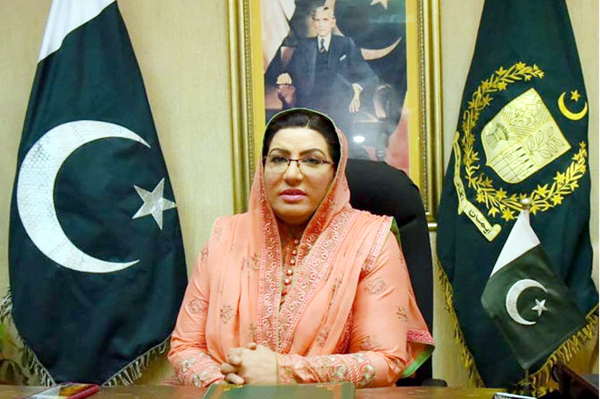 ISLAMABAD, Apr 23 (APP):Special Assistant to Prime Minister on Information and Broadcasting Dr Firdous Ashiq Awan on Tuesday said that Bilwal Bhutto Zardari’s ‘political film’ has flopped even before its release.

Responding to a tweet of Bilawal, she said that Pakistan Peoples Party was facing extinction even in Sindh and such hue and cry could not keep the dying politics of the party alive for long.

She said that Imran Khan in Tehran had referred to financial and economic cooperation among the states but the Opposition was trying to use it for political point scoring which was highly regrettable.

Alluding to the corruption and money laundering of Asif Zardari and his cronies, she said that when a person gets admission in Oxford University on money looted from national exchequer, he could not see the corruption of his father, aunts and uncles. She also reminded Bilawal that he got educated in Oxford on the money of the poor people of Pakistan.